In response to the Centers for Disease Control and Prevention’s call for “social distancing”, we urge everyone to take advantage of the electronic delivery of documents and forego unnecessary face-to-face meetings whenever possible at this time. Click here for more information. 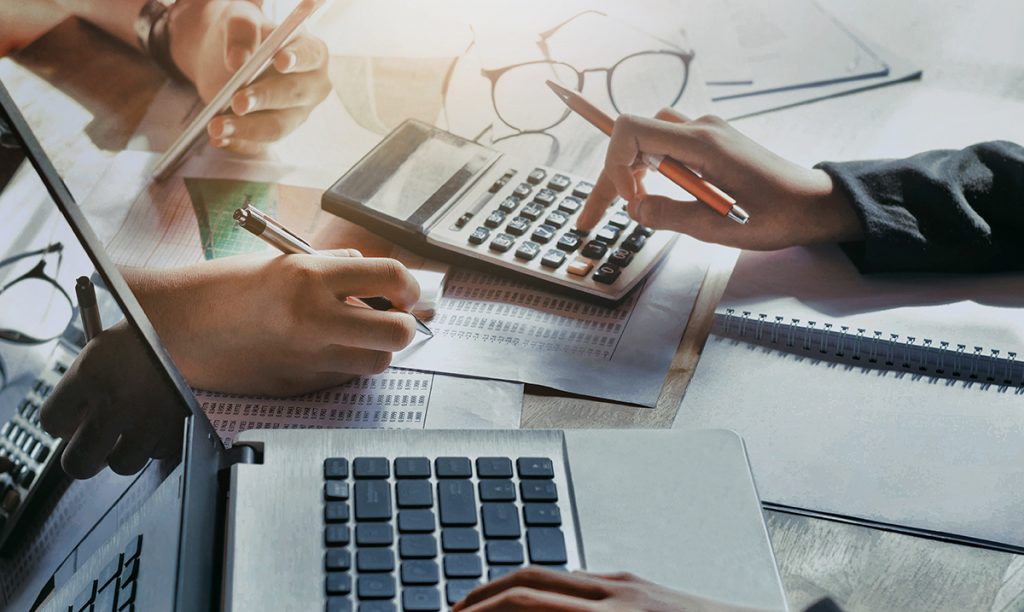 The following is a summary of important tax developments that have occurred in April, May, and June of 2019 that may affect you, your family, your investments, and your livelihood. Please call us for more information about any of these developments and what steps you should implement to take advantage of favorable developments and to minimize the impact of those that are unfavorable.

Final Regulations Shoot Down States’ SALT Limitation Workaround
For 2018 through 2025, the Tax Cuts and Jobs Act (TCJA) limits an individual taxpayer’s annual SALT (state and local tax) deductions to a maximum of $10,000, with no carryover for taxes paid in excess of that amount. (The SALT deduction limit doesn’t apply to property taxes paid by a trade or business or in connection with the production of income.) As a result, many taxpayers won’t get a full federal income tax deduction for their payments of state and local taxes. Following the TCJA’s passage, some high-tax states implemented workarounds to mitigate the effect of the SALT deduction limit for their residents. One method used was to set up charitable funds to which taxpayers can contribute and receive a tax credit in exchange. The IRS has issued final regulations, which generally apply to contributions after Aug. 27, 2018, that effectively kill this workaround. The regulations provide that a taxpayer who makes payments to or transfers property to, an entity eligible to receive tax-deductible contributions must reduce his or her charitable deduction by the amount of any state or local tax credit the taxpayer receives or expects to receive.

The IRS also issued a safe harbor that allows an individual who itemizes deductions to treat, in certain circumstances, payments that are or will be disallowed as charitable contribution deductions under the final regulations, as state or local taxes for federal income tax purposes. Eligible taxpayers can use this safe harbor to determine their SALT deduction on their tax-year 2018 return. Those who have already filed may be able to claim a greater SALT deduction by filing an amended return, Form 1040-X if they have not already claimed the $10,000 maximum amount.

Taxpayer First Act Grants New Protections to Taxpayers
In June, Congress passed the Taxpayer First Act of 2019 (the Act), and it was signed into law by the President on July 1. The Act, among other things, provides some new safeguards to taxpayers in their interactions with the IRS, including the following.

… Notice to the taxpayer of IRS contact with the third party. Effective for notices provided, and contacts of persons made, after Aug. 15, 2019, the Act provides that the IRS may not contact any person other than the taxpayer regarding the determination or collection of the tax liability of the taxpayer without providing the taxpayer with notice at least 45 days before the beginning of the period of the contact.

… John Doe summonses. If certain requirements are met, the IRS may issue a third-party summons that doesn’t identify the taxpayer (a “John Doe” summons). Effective for summonses served after Aug. 15, 2019, the Act prevents the IRS from issuing a John Doe summons unless the information sought to be obtained is narrowly tailored and pertains to the failure (or potential failure) of a person or group or class of persons to comply with one or more provisions of the tax law which have been identified.

… Seizure and sale of perishable goods. Effective for property seized after July 1, 2019, the Act limits the property that may be sold under the IRS’s authority to seize and sell the tangible property to satisfy unpaid taxes, to property that is liable to perish.

… Misdirected tax refund deposits. The Act requires the IRS to issue regulations, by Jan. 1, 2020, to establish procedures to allow taxpayers to report instances in which a refund made by electronic funds transfer was not transferred to the account of the taxpayer, to coordinate with financial institutions to identify and recover these payments, and to deliver refunds to the correct accounts of taxpayers.

… Notification of suspected identity theft. Effective for determinations made after Jan. 1, 2020, the Act requires the IRS to notify a taxpayer if it determines there has been any suspected unauthorized use of a taxpayer’s identity, or that of the taxpayer’s dependents, if an investigation has been initiated and its status, whether the investigation substantiated any unauthorized use of the taxpayer’s identity, and whether any action has been taken (such as a referral for prosecution). Additionally, when an individual is charged with a crime, the IRS must notify the victim as soon as possible, giving such victims the ability to pursue civil action against the perpetrators.

… IRS management of stolen identity cases. The Act requires that, not later than July 1, 2020, the IRS must develop and implement publicly available guidelines that reduce the burdens for identity theft tax refund fraud (IDTTRF) victims as they work with the IRS to sort out their tax affairs. The guidelines may include procedures to reduce the number of time victims must wait to receive their tax refunds, the number of IRS employees with whom victims would need to interact, and the timeframe within which the issues related to the IDTTRF should be resolved.

Next Year’s Inflation Adjustments for Health Savings Accounts
The IRS has provided the annual inflation-adjusted contribution, deductible, and out-of-pocket expense limits for 2020 for health savings accounts (HSAs). Eligible individuals may, subject to statutory limits, make deductible contributions to an HSA. Employers, as well as other persons (e.g., family members), also may contribute on behalf of an eligible individual. Employer contributions generally are treated as employer-provided coverage for medical expenses under an accident or health plan and are excludable from income. In general, a person is an “eligible individual” if he is covered under a high deductible health plan (HDHP) and is not covered under any other health plan that is not a high deductible plan, unless the other coverage is permitted insurance (e.g., for worker’s compensation, a specified disease or illness, or providing a fixed payment for hospitalization).

2019 Luxury Auto Depreciation Dollar Limits and Lease Income Add-Backs Released
Annual depreciation and expensing deductions for so-called luxury autos are limited to specific dollar amounts. The dollar limits amounts are inflation-adjusted each year. The IRS has announced that for autos (which includes trucks or vans) acquired and first placed in service during 2019, the dollar limit for the first year an auto is in service is $18,100 ($10,100 if the bonus first-year depreciation allowance does not apply, for example, because the taxpayer elects out of bonus first-year depreciation); for the second tax year, $16,100; for the third tax year, $9,700; and for each succeeding year, $5,760. These dollar limits are $100 higher than the dollar limits that applied for 2018 (except for the post-third tax year figure, which remains the same).

A taxpayer that leases a business auto may deduct the part of the lease payment representing its business/investment use. So that auto lessees can’t avoid the effect of the luxury auto limits, however, taxpayers must include a certain amount in income during each year of the lease to partially offset the lease deduction. The amount varies with the initial fair market value of the leased auto and the year of the lease and is adjusted for inflation each year. The IRS has released a new inclusion amount table for autos first leased during 2019.

Cents-Per-Mile & Fleet Average FMV Maximums for 2019
IRS has announced that the 2019 inflation-adjusted maximum fair market values (FMVs) for employer-provided vehicles, the personal use of which can be valued for fringe benefit purposes at the mileage allowance rate (58¢ per mile for 2019). For 2019, the FMV can’t exceed $50,400 (was $50,000 for 2018). In addition, the 2019 maximum fleet-average vehicle FMV for vehicles, for purposes of the use of the annual lease value fringe benefit valuation method for an employer with a fleet of 20 or more vehicles, also is $50,400 (was $50,000 for 2018). The IRS also announced that certain employers may switch to the cents-per-mile valuation method or the fleet-average FMV maximum for the 2018 or 2019 tax year.

Should you have any questions, please contact our office.

❝ Our Family of Companies uses Bill McNamara and the Curchin Group as our outside accountants and we have found them to be informed, thorough, accurate and timely in both their consultations and reporting. ❞